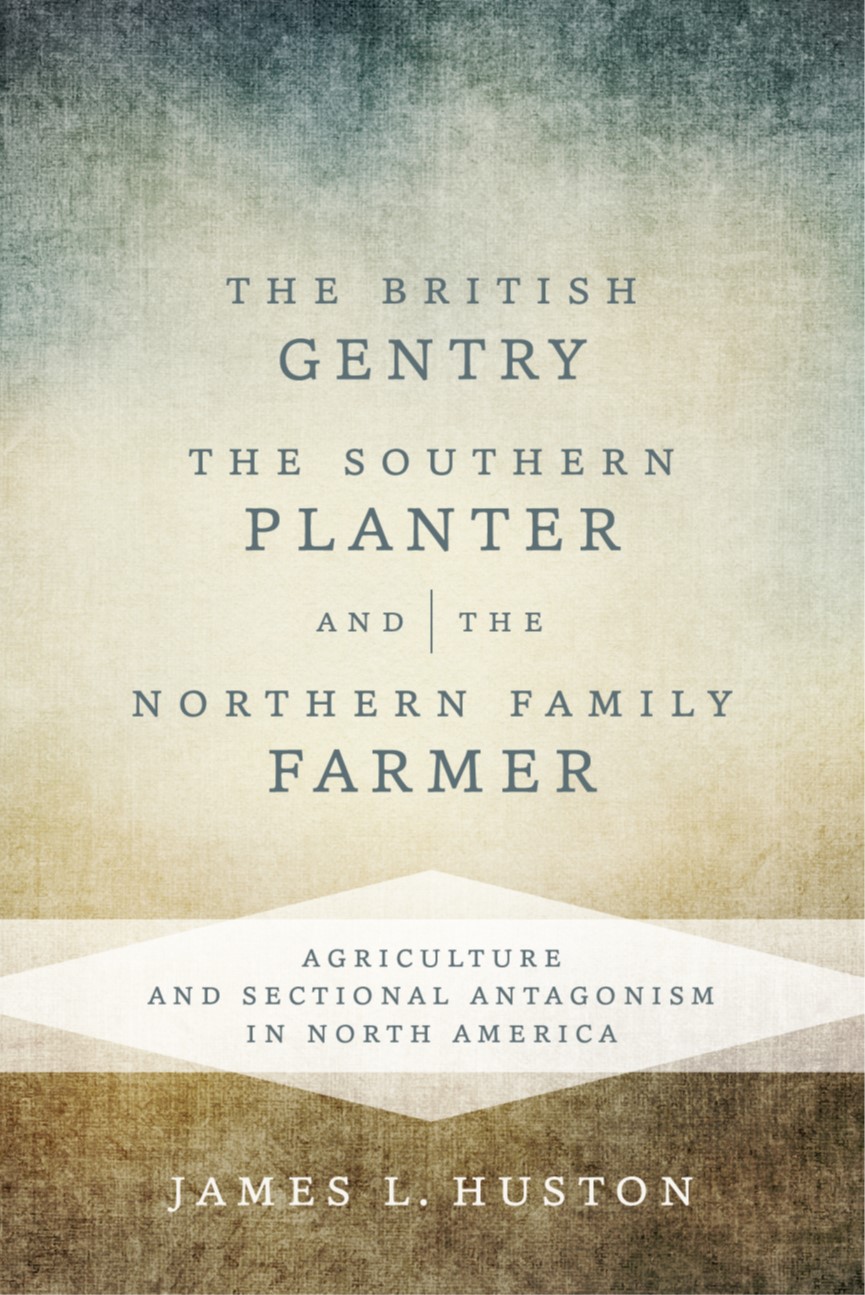 The British Gentry, The Southern Planter, and The Northern Family Farmer: Agriculture and Sectional Antagonism in North America

Drawing on the history of the British gentry to explain the contrasting sentiments of American small farmers and plantation owners, James L. Huston’s expansive analysis offers a new understanding of the socioeconomic factors that fueled sectionalism and ignited the American Civil War. This groundbreaking study of agriculture's role in the war defies long-held notions that northern industrialization and urbanization led to clashes between North and South. Rather, Huston argues that the ideological chasm between plantation owners in the South and family farmers in the North led to the political eruption of 1854–56 and the birth of a sectionalized party system.
Huston shows that over 70 percent of the northern population—by far the dominant economic and social element—had close ties to agriculture. More invested in egalitarianism and personal competency than in capitalism, small farmers in the North operated under a free labor ideology that emphasized the ideals of independence and mastery over oneself. The ideology of the plantation, by contrast, reflected the conservative ethos of the British aristocracy, which was the product of immense landed inequality and the assertion of mastery over others.
By examining the dominant populations in northern and southern congressional districts, Huston reveals that economic interests pitted the plantation South against the small-farm North. The northern shift toward Republicanism depended on farmers, not industrialists: While Democrats won the majority of northern farm congressional districts from 1842 to 1853, they suffered a major defection of these districts from 1854 to 1856, to the antislavery organizations that would soon coalesce into the Republican Party. Utilizing extensive historical research and close examination of the voting patterns in congressional districts across the country, James Huston provides a remarkable new context for the origins of the Civil War.
2015 LSU Press