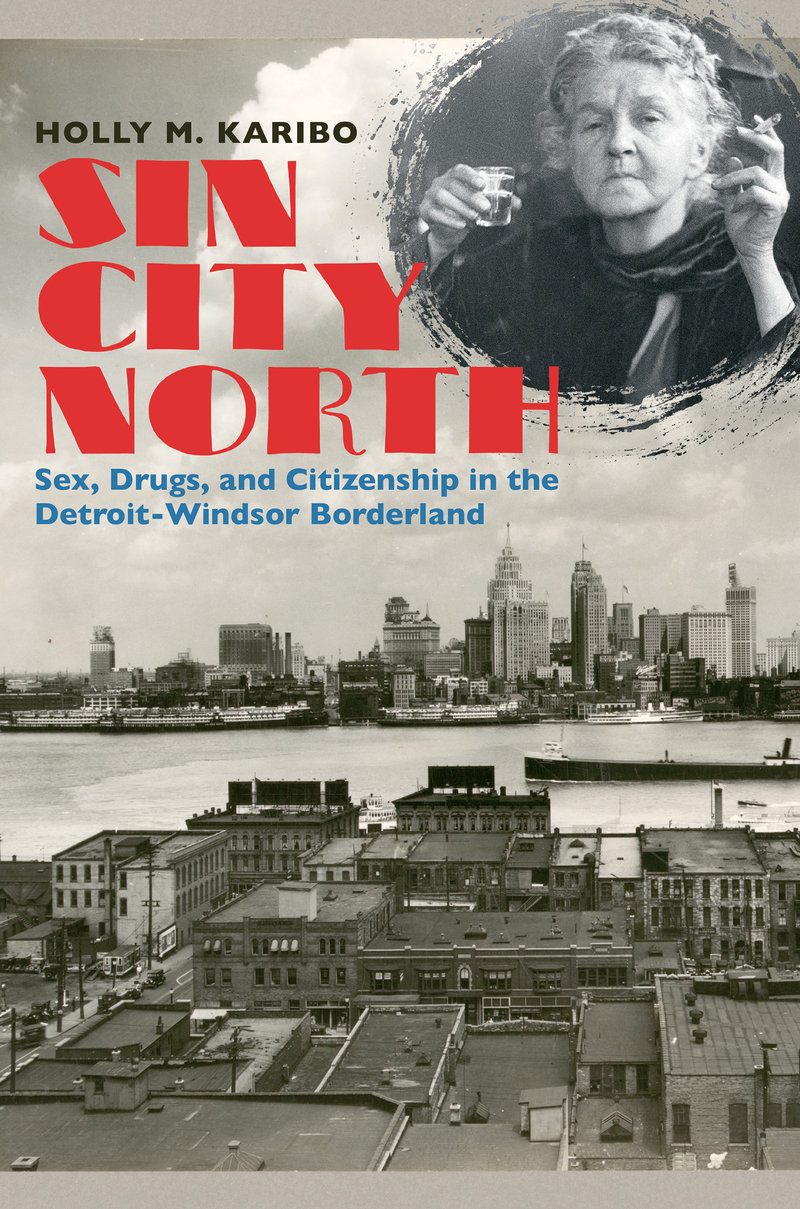 The early decades of the twentieth century sparked the Detroit-Windsor region's ascendancy as the busiest crossing point between Canada and the United States, setting the stage for socioeconomic developments that would link the border cities for years to come. As Holly M. Karibo shows, this border fostered the emergence of illegal industries alongside legal trade, rapid industrial development, and tourism. Tracing the growth of the two cities' cross-border prostitution and heroin markets in the late 1940s and the 1950s, Sin City Northexplores the social, legal, and national boundaries that emerged there and their ramifications.

In bars, brothels, and dance halls, Canadians and Americans were united in their desire to cross racial, sexual, and legal lines in the border cities. Yet the increasing visibility of illicit economies on city streets—and the growing number of African American and French Canadian women working in illegal trades—provoked the ire of moral reformers who mobilized to eliminate them from their communities. This valuable study demonstrates that struggles over the meaning of vice evolved beyond definitions of legality; they were also crucial avenues for residents attempting to define productive citizenship and community in this postwar urban borderland.

2015 The University of North Carolina Press