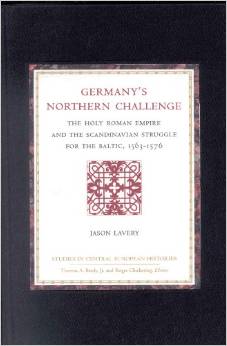 Germany's Northern Challenge: The Holy Roman Empire and the Scandinaavian Struggle for the Baltic, 1563-1576

Shortly after the Augsburg peace settlement of 1555, from 1563 to 1576, the Holy Roman Empire was threatened by the rivalry between Denmark and Sweden. This book examines the empire’s reaction to a foreign crisis, the Seven Years’ War of the North, and the connections between foreign policy and internal imperial politics. As this study will show, and contrary to most assumptions, the empire, through its confederal structure, was able to provide effective means for defending the domestic order against external dangers. Further, the empire could conduct a common foreign policy to protect common interests. This study highlights the empire’s internal organization and politics by introducing two new concepts: initiative and consensus. Initiative was possible on the basis of consensus, but as this study reveals, there were two specific limits on building consensus. First, the empire’s polities could only support a common approach if they had common aims. Second, a united approach to an outside crisis had to foster the preservation of internal stability. Motivated by German commerce in the Baltic, the empire was persistent in trying to achieve peace in that region. The empire was not alone in its interest in the Scandinavian conflict, which threatened no less than the economic well-being of western Europe.