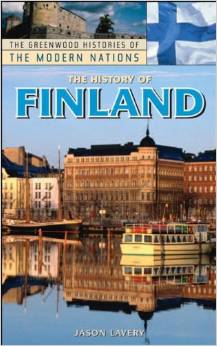 The History of Finland

Finland has occupied the political, religious, cultural and economic border between eastern and western Europe since prehistoric times. Despite its peripheral location, the country has found itself in the mainstream of developments that created modern Europe, such as nationalism, world wars, industrialization, and the current political and economic integration. The first evidence of human life in Finland began sometime in the millennium 7,000-8,000 B.C. when small, tribal groups populated the area. In 1155, Finland became a part of the Swedish kingdom, when most of the Finnish peninsula came under the rule of the Swedish king. Finland was annexed to Russia as a result of wars between the Swedish king and Russian rulers in 1809, bringing about the Age of Autonomy or Imperial Era. The Age of Independence came when Finland's leaders declared the country's political independence in 1917 as a result of turmoil in Russia after World War I. Finland, along with several newly independent countries, had to find its place in the new Europe. The country not only did that, but created a secure and prosperous country during times of turmoil. It has emerged into a place of privilege, with high levels of prosperity, cultural achievements, and social peace.

Ideal for students and general readers, the History of Finland is part of Greenwood's Histories of Modern Nations series. With over thirty nation's histories in print, these books provide readers with a concise, up-to-date history of countries throughout the world. Reference features include a biographical section highlighting notable figures in Finland's history, a timeline of important historical events, and a bibliographical essay.