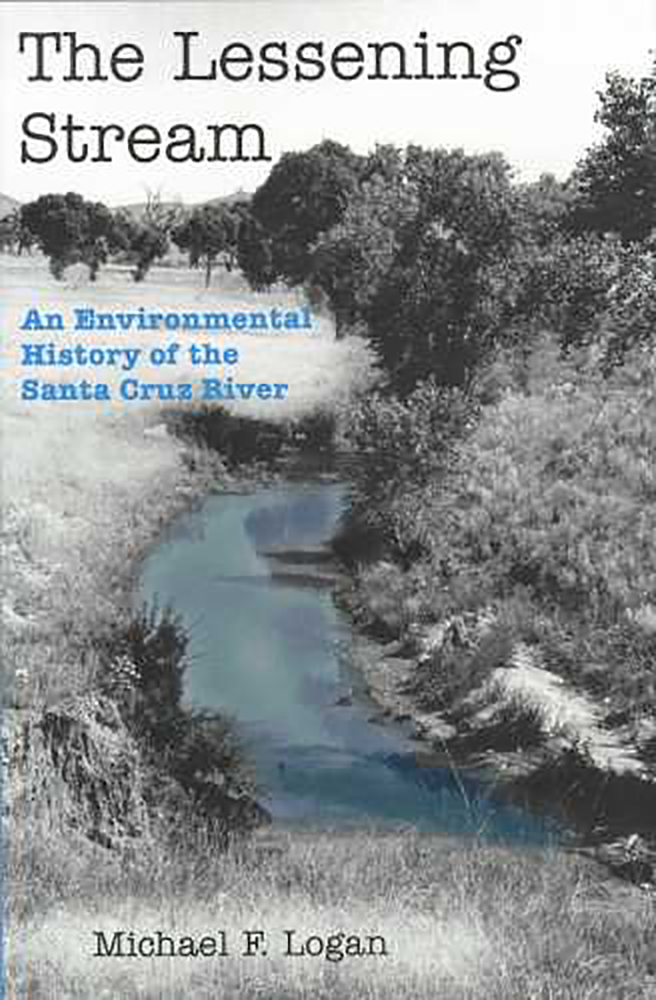 The Lessening Stream: An Environmental History of the Santa Cruz River

Newcomers to Tucson know the Santa Cruz River as a dry bed that can become a rampaging flood after heavy rains. Yet until the late nineteenth century, the Santa Cruz was an active watercourse that served the region’s agricultural needs—until a burgeoning industrial society began to tap the river’s underground flow. The Lessening Stream reviews the changing human use of the Santa Cruz River and its aquifer from the earliest human presence in the valley to today. Michael Logan examines the social, cultural, and political history of the Santa Cruz Valley while interpreting the implications of various cultures' impacts on the river and speculating about the future of water in the region. Logan traces river history through three eras—archaic, modern, and postmodern—to capture the human history of the river from early Native American farmers through Spanish missionaries to Anglo settlers. He shows how humans first diverted its surface flow, then learned to pump its aquifer, and today fail to fully understand the river's place in the urban environment. By telling the story of the meandering river—from its origin in southern Arizona through Mexico and the Tucson Basin to its terminus in farmland near Phoenix—Logan links developments throughout the river valley so that a more complete picture of the river's history emerges. He also contemplates the future of the Santa Cruz by confronting the serious problems posed by groundwater pumping in Tucson and addressing the effects of the Central Arizona Project on the river valley. Skillfully interweaving history with hydrology, geology, archaeology, and anthropology, The Lessening Stream makes an important contribution to the environmental history of southern Arizona. It reminds us that, because water will always be the focus for human activity in the desert, we desperately need a more complete understanding of its place in our lives.

2006 The University of Arizona Press