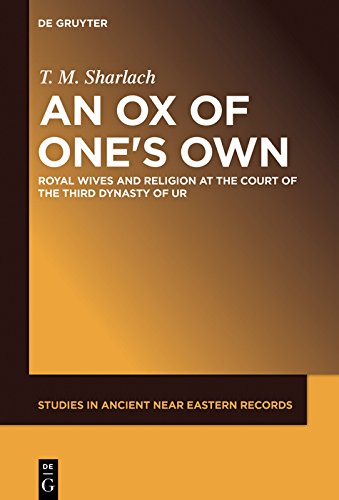 An Ox of One's Own: Royal Wives and Religion at the Court of the Third Dynasty of Ur

Shulgi-simti is an important example of a woman involved in sponsoring religious activities though having a family life. An Ox of One’s Own will be of interest to Assyriologists, particularly those interested in Early Mesopotamia, and scholars working on women in religion.

An Ox of One’s Own centers on the archive of a woman who died about 2050 B.C., one of King Shulgi’s many wives. Her birth name is unknown, but when she married, she became Shulgi-simti, “Suitable for Shulgi.” Attested for only about 15 years, she existed among a court filled with other wives, who probably outranked her. A religious foundation was run on her behalf whereby courtiers, male and female, donated livestock for sacrifices to an unusual mix of goddesses and gods.
Previous scholarship has declared this a rare example of a queen conducting women’s religion, perhaps unusual because they say she came from abroad. The conclusions of this book are quite different.
An Ox of One’s Own lays out the evidence that another woman was queen at this time in Nippur while Shulgi-simti lived in Ur and was a third-ranking concubine at best, with few economic resources. Shulgi-simti’s religious exercises concentrated on a quartet of north Babylonian goddesses.