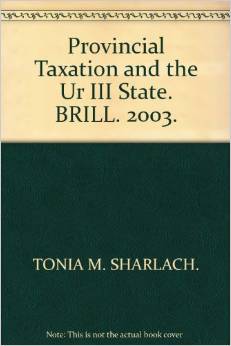 Provincial Taxation and the Ur III State

This volume investigates the relationship between the central government and the provinces during the Ur III period (2112-2004 B.C.). Specifically, the book focuses on one system of taxation known as "bala," or "rotation," so called as provinces' payments rotated month by month throughout the year. This work is the first to take an interarchival approach, discussing Sumerian tablets from Umma, Lagash and Puzriš-Dagan, and is the first major synthesis of what has long been recognized as a fundamental institution. The book contains six chapters and detailed appendices (including charts, the edition of approximately 150 previously unpublished tablets and bibliographical material).