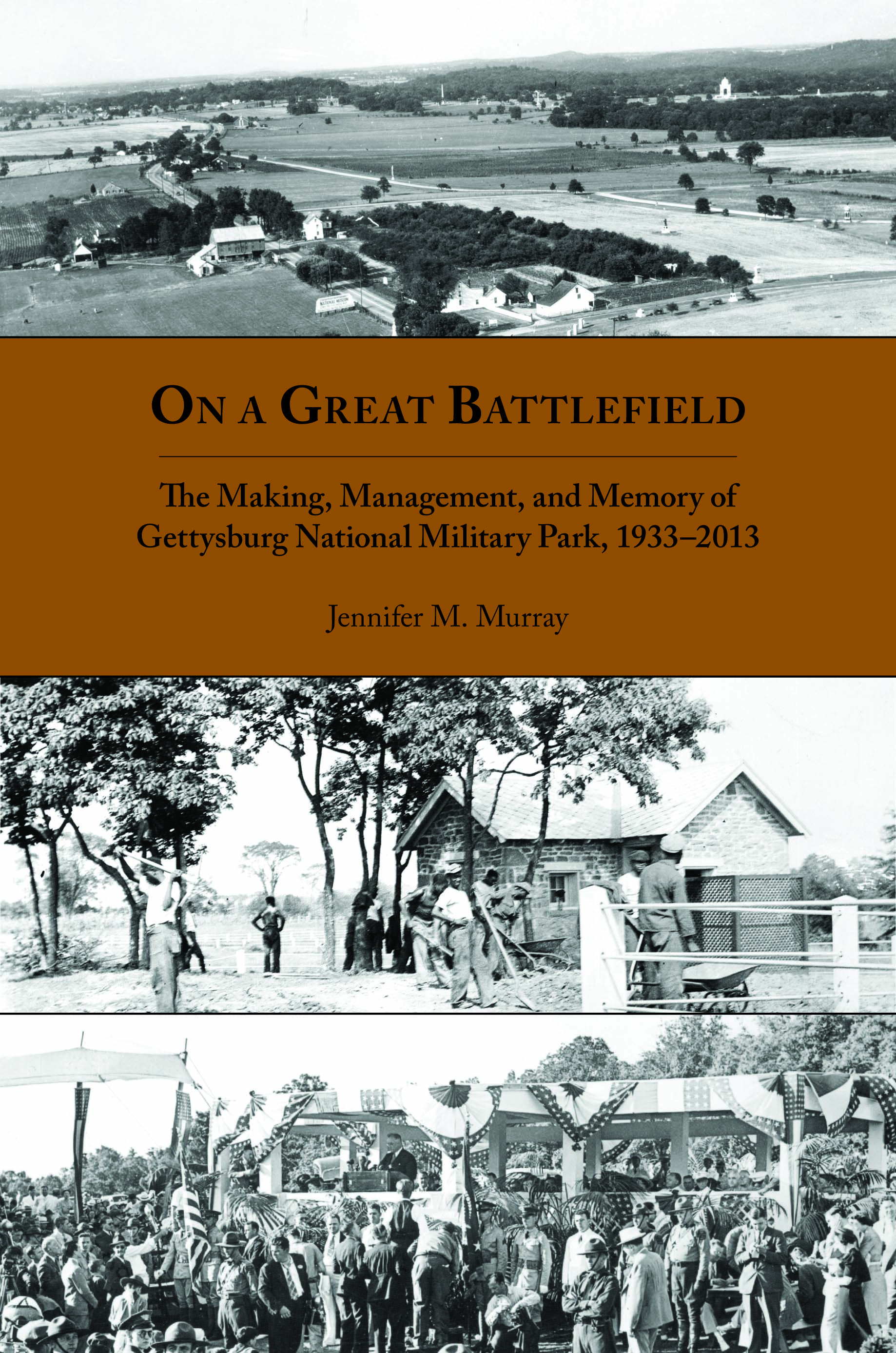 On a Great Battlefield: The Making, Management, and Memory of Gettysburg National Military Park, 1933-2013

Of the more than seventy sites associated with the Civil War era that the National Park Service manages, none hold more national appeal and recognition than Gettysburg National Military Park. Welcoming more than one million visitors annually from across the nation and around the world, the National Park Service at Gettysburg holds the enormous responsibility of preserving the war’s “hallowed ground” and educating the public, not only on the battle, but also about the Civil War as the nation’s defining moment. Although historians and enthusiasts continually add to the shelves of Gettysburg scholarship, they have paid only minimal attention to the battlefield itself and the process of preserving,interpreting, and remembering the bloodiest battle of the Civil War.

In On a Great Battlefield, Jennifer M. Murray provides a critical perspective to Gettysburg historiography by offering an in-depth exploration of the national military park and how the Gettysburg battlefield has evolved since the National Park Service acquired the site in August 1933.

As Murray reveals, the history of the Gettysburg battlefield underscores the complexity of preserving and interpreting a historic landscape. After a short overview of early efforts to preserve the battlefield by the Gettysburg Battlefield Memorial Association (1864-1895) and the United States War Department (1895-1933), Murray chronicles the administration of the National Park Service and the multitude of external factors–including the Great Depression, the New Deal, World War II, the Civil War Centennial, and recent sesquicentennial celebrations–that influenced operations and molded Americans’ understanding of the battle and its history. Haphazard landscape practices, promotion of tourism, encouragement of recreational pursuits, ill-defined policies of preserving cultural resources, and the inevitable turnover of administrators guided by very different preservation values regularly influenced the direction of the park and the presentation of the Civil War’s popular memory. By highlighting the complicated nexus between preservation, tourism, popular culture, interpretation, and memory, On a Great Battlefield provides a unique perspective on the Mecca of Civil War landscapes.